We pursue the abolition of white supremacy through generating scholarship and creative expression, fostering community, and providing students with the intellectual tools to help fulfill their potential as historical actors creating a more just world. 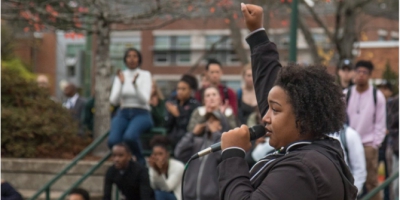 Ethnic studies originated in the interdisciplinary and comparative study of ethnicity, indigeneity, race, and racism in the United States. Since its beginnings in the late 1960s, ethnic studies scholars have studied issues of social justice, identity, and resistance, highlighting the perspectives and experiences of people of color.

The research and teaching of the UO Indigenous, Race, and Ethnic Studies Department examines the way that race, as a system of domination, is intimately tied to issues of gender, class, sexuality, migration, indigeneity, and colonialism. With our students, we interrogate historical and contemporary manifestations of white supremacy and explain how systems of domination and acts of resistance create and recreate racial subjects.

And while Ethnic Studies traditionally centers the social construction of race in the United States, it also pays significant attention to transnational migrations and diasporas resulting from the slave trade, indentured labor, colonialism, imperialism, and globalization.