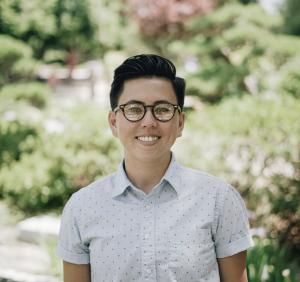 My dissertation titled, "Race, Space, and Resistance in America's Whitest Big City", is an ethnographic and interview-based project that examines how racism structures the lives and emotions of communities of color in Portland, Oregon. With whites making up approximately 72 percent of residents, Portland is the whitest U.S. city of its size, making it a key site where urbanicity and pervasive whiteness intersect. At the same time, it is also a site where African Americans, Latinxs, Indigenous groups, and Asian Americans have worked to build community despite the city's history of settlement, racial exclusion, and uneven development. This study demonstrates the importance of place and demographics in structuring racialized lived experiences and reveals how race is relationally constructed and contested in majority white urban contexts.

A chapter of my dissertation titled, "Emotions and Ambient Racism in America's Whitest Big City" has been conditionally accepted at the journal, Social Problems.

My article, “They Want the Spanish but They Don’t Want the Mexicans”: Whiteness and Consumptive Contact in an Oregon Spanish Immersion School", published in Sociology of Race and Ethnicity, examines the racialized consumptive practices of whites who intentionally seek out engagement with communities of color. I introduce the concept of consumptive contact: a form of interracial contact predicated upon whites’ perceptions about economic and cultural benefits they will acquire through exposure to nonwhites.