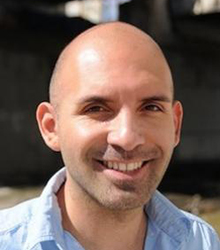 John C. Arroyo, Ph.D. is an Assistant Professor in Engaging Diverse Communities and Director of the Pacific Northwest Just Futures Institute for Racial and Climate Justice at the University of Oregon. He is graduate faculty in the Indigenous, Race, and Ethnic Studies department as well as in the Historic Preservation program (UO Portland) and serves on the boards of the Center for Environmental Futures, Center for Latino/a and Latin American Studies (CLLAS), and the Collaborative for Inclusive Urbanism (CIU). Arroyo is a nationally certified by the American Institute of Certified Planners (AICP).

His work has been supported by the American Association of Hispanics in Higher Education, American Collegiate Schools of Planning, American Planning Association, California State Assembly, Congressional Hispanic Caucus Institute, Georgia Institute of Technology, Hispanic Association of Colleges and Universities, Mellon Foundation, MIT, National Endowment for the Humanities, National Research Council/Ford Foundation, National Trust for Historic Preservation, Southern Methodist University’s Latino Center for Leadership Development (LCLD) and John Goodwin Tower Center for Political Studies, and Southwest Airlines. He received a doctorate in Urban Planning, Policy, and Design as well as a Master’s in City Planning and a Certificate in Urban Design from MIT. Previously, he was an Andrew W. Mellon Fellow in Latino Studies at the School for Advanced Research in Santa Fe, New Mexico.

Arroyo has served as the Project Manager for the Transnational Studies Initiative at Harvard University’s Weatherhead Center for International Affairs, as an Executive Fellow at the Coro Foundation’s Southern California Center for Civic Leadership, and as a National Endowment for the Humanities Fellow at the UCLA Program on International Migration. In 2012 he co-founded Project 51, a UCLA-sponsored public humanities project about the L.A. River supported by ArtPlace America and the University of California Humanities Research Institute. He is a governor-appointed member of the Oregon State Advisory Committee on History Preservation and currently serves on the boards of the Alliance for the Arts in Research Universities (A2RU), the Public Humanities Network of the Consortium for Humanities Centers and Institutes (CHCI), and the School for Advanced Research (SAR) in Santa Fe, New Mexico.

The son of Mexican immigrants, his commitment to social justice and overall approach to teaching, research, and service is rooted in his experience being born and raised in East L.A.

New grant will create an institute for racial and climate justice

PPPM Becomes an Innovative Research Hub for Diversity in Planning, Policy, and Design