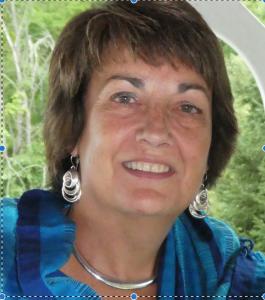 Lynn Stephen is Philip H. Knight Chair, Distinguished Professor of Arts and Sciences, Professor of Anthropology, and a participating graduate faculty member in Indigenous Race, and Ethnic Studies (IRES), Latin American Studies, and Women’s, Gender, and Sexuality Studies (WGSS). She founded the Center for Latino/a and Latin American Studies (CLLAS, http://cllas.uoregon.edu/) and served as director for 9 years (2007-2016), served as chair of the Department of Anthropology from 2001-2004, and was a co-coordinator for the Americas in a Globalized World “Big Idea,” Strategic Initiative at the University of Oregon from 2009-2011. She was president elect and president of the Latin American Studies Association (LASA) from June 1, 2018 - June 1, 2019. She served as past president from June 2019-June 2020.

Lynn Stephen's scholarly work centers on the impact of globalization, migration, nationalism and the politics of culture on indigenous communities in the Americas. She engages political-economy, ethnohistory, and ethnography to create a hemispheric lens on major challenges faced by indigenous peoples  and others (out-migration, tourism, economic development, and low-intensity war) and their creative responses to these challenges. Her work highlights indigenous epistemologies and their theoretical and methodological relevance to advancing our knowledge of human-environmental connectivity. She has also produced ground-breaking analysis on gender, economic development, gendered violence, asylum and migration, globalization and social movements, indigenous autonomy, and the history of Latinx communities spread across multiple borders through her concept of transborder communities and migrations. She has a strong commitment to collaborative research projects that produce findings accessible to the wider public and her work includes films such as Sad Happiness: Cinthya’s Transborder Journey (https://vimeo.com/154235511) and websites (see http://faceofoaxaca.uoregon.edu/introduction/) as well as scholarly publications.

She is currently engaged in two projects. The first is a collaborative project with researchers at Portland State U, Oregon State U, and 11 community-based organizations in Oregon exploring the impact of COVID-19 on farmworker families. The project involves a survey of 300 farmworkers and a follow-up qualitative phase focused on labor conditions, health and mental health, care work, loss of income and its implications, challenges accessing services and programs, Indigenous farmworkers and their challenges to access services and care, remittances and connections to extended families and communities in Guatemala and Mexico. Policy recommendations following from this research have been widely shared. A preliminary data brief is available at: http://covid19farmworkerstudy.org/oregon-data-page/. A press conference with testimonies from study participants and summarizing results and policy recommendations is available here: http://covid19farmworkerstudy.org/oregons-media-page/. The project continues with a qualitative phase involving focus groups, in-depth interviews, and longitudinal data into 2021.

Her second research project is collaboration with Dr. Erin Beck (Political Science, UO) and Dr. Gabriela Martínez (Journalism and Communication, UO), exploring access to gendered justice for indigenous women in Guatemala and Mam indigenous refugee women in the U.S.  What are the structural opportunities and challenges that facilitate and impede indigenous women’s access to gendered justice in Guatemala and the U.S? This project explores this question through comparative research on two routes to gendered justice that some indigenous Guatemalan women have used: specialized courts for Crimes of Femicide and other Forms of Violence Against Women in Guatemala and gender-based asylum in U.S. immigration courts. Fieldwork is ongoing in several locations in Guatemala as well as in the state of Oregon in the U.S. Recent publications from that work include, "Fleeing Rural Violence: Mam Women seeking Gendered Justice in Guatemala and the U.S." Journal of Peasant Studies 46:2, 229-257, DOI: 10.1080/03066150.2018.1534836, January 2019. "Gendered Violence and Indigenous Mexican Asylum Seekers: Expert Witnessing as Ethnographic Engagement." Anthropological Quarterly, 91(1): 321-358, Winter, 2018,

Stephen has authored or edited 14 books, three special journal issues and over 90 scholarly articles and chapters. Her newist books include: Indigenous Women and Violence: Feminist Activist Research in Heightened States of Injustice, edited by Lynn Stephen and Shannon Speed, 2021 with University of Arizona Press and  Stories that Make History: Remembering Mexico through Elena Poniatowska’s Crónicas, 2021 with Duke University Press.

Other books  include We are the Face of Oaxaca: Testimony and Social Movements (Duke University Press, 2013; published in Spanish in 2016), Otros Saberes: Collaborative Research on Indigenous and Afro-Descendent Cultural Politics (Charles R. Hale co-editor, School for American Research Press, 2013) and Transborder Lives: Indigenous Oaxacans in Mexico, California, and Oregon (Duke University Press, 2007). She has been awarded fellowships by the National Endowment for Humanities, the Center for U.S.- Mexican Studies at the University of California, San Diego, the Radcliffe Institute for Advanced Studies, The Mexican Academy of Sciences, as well as grants for research and development grants from the National Science Foundation, the Wenner-Gren Foundation for Anthropological Research, the Ford Foundation, the U.S. Department of Education, and the Inter-American Foundation. She has also won national and international honors and book prizes from professional associations and was elected as a fellow in the American Association for the Advancement of Science  (AAAS) in 2021.

With colleagues, UO graduate and undergraduate students, Stephen built “Latino Roots,” a fifteen panel traveling exhibit (http://cllas.uoregon.edu/research-action-projects/latino-roots/), bilingual book and 52 short documentaries that have reached more than 50,000 people in Oregon (see http://latinoroots.uoregon.edu/our-course/). Her commitment to mentoring Latino and Native American and other minority students to diversify the academy was recognized by the University of Oregon with the 2010 Martin Luther King Jr. Award for contributions to equity and diversity. As co-coordinator for the Otros Saberes (Other Knowledges) Project of the Latin American Studies Association, she raised funds for and mentored research teams of afro-descendent and indigenous community members and academic researchers in Brazil, Ecuador, Colombia, Mexico, Nicaragua, and Puerto Rico. She is currently working as a core committee member of AAA to develop the next large public education project of the American Anthropological Association titled, World on the Move: 100,000 Years of Human Migration.

cultural and political relations of power