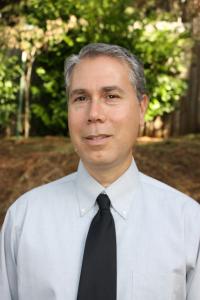 David J. Vázquez is Associate Professor of English and an affiliated faculty member in the Department of Ethnic Studies. He regularly teaches courses on comparative Latina/o literature, comparative ethnic American literature, Critical Race Theory, Environmental Justice, and 20th Century U.S. Literature. He is also a past director of the Center for Latino and Latin American Studies at the University of Oregon. Vázquez received his MA and PhD in English from the University of California, Santa Barbara, with training in the Ethnic Studies department at UC San Diego, and his BA in English from the University of South Florida. In 2013 he was a fellow at the Institute for Humanities Research at Arizona State University and has won numerous awards from the Oregon Humanities Center, the Graduate School at the University of Oregon, and at UCSB, as well as an honorable mention from the Ford Foundation.

His first book Triangulations: Narrative Strategies for Navigating Latino Identity, published with the University of Minnesota Press in 2011, explores how Latina/o authors in late twentieth-century America employ the coordinates of ideas of self in autobiographical texts to find their way to new, complex identities. His other publications have appeared or are forthcoming in the journals Symbolism, Latino Studies, CENTRO, The Journal of Transnational American Studies, and in the collections the Routledge Companion to Latina/o Literature (Routledge, 2012) and Erasing Public Memory: Race, Aesthetics and Cultural Amnesia in the Americas (Mercer, 2007).

He is currently working on a monograph that places a constellation of ideas around genre, 20th- and 21st-century experimental Latina/o novels, and environmental justice into conversation.